We have 221 guests and no members online

by Toman Barsbai and Sebastian Braun, Kiel Institute for the World Economy, The authors are Kiel Institute researchers whose specialist fields include asylum and international migration and development. https://www.ifw-kiel.de 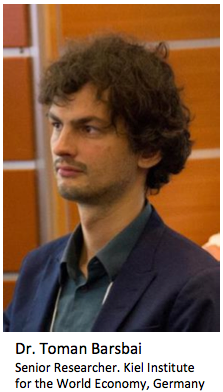 The current asylum system is contradictory, unfair, and both costly and hazardous for all involved. Under the present rules, refugees can normally only apply for asylum in a country after they have crossed its border often by illegal means and at great risk to their personal safety. The solution is to reform the system so that people can apply for asylum before they enter the EU.

The recent EU-Turkey refugee deal does little to resolve the current crisis. While it is true that the flow of refugees from Turkey to Greece has reduced significantly, there has been a simultaneous increase in the number of refugees using other routes to enter the EU. The response from the German government is to seek more deals this time with countries in North Africa.

The problem with this strategy is not only that it makes the EU dependent on the goodwill of Turkey, Egypt, and Libya; it also forces refugees to find alternative and increasingly dangerous routes. Why? Because the root of the problem remains unchanged: a refugee can normally only seek asylum in a country after physically crossing its border. In most cases, it is impossible to enter the country legally, which means there is considerable incentive to get into the EU unlawfully. No amount of new refugee deals will alter that fact. Our current asylum system is therefore contradictory, unfair, and both costly and hazardous for all involved.

Asylum seekers need a lot of money and often go into debt to pay the smugglers who take them on a perilous journey into an uncertain future. The more Europe invests in border fences, the higher those costs and risks become. In many cases, there are also much higher intangible costs, such as the abandonment of one’s home or the separation from family and friends. All of these sacrifices are in vain, however, if the person fails to enter the EU or if asylum is refused. Consequently, those who attempt the journey are usually young, healthy, male, relatively affluent, and prepared to take the risks involved. The current asylum system is therefore implicitly biased in favor of wealth, health, and risk, while failing those in need of protection. The biggest beneficiaries are the people smugglers. The biggest losers are those who need asylum most. Unable to afford the cost or take the physical risk, they have no opportunity to seek asylum.

Cost is also a major issue for Germany and other EU countries. The host country has a duty of care toward all asylum seekers, regardless of their prospects of success. The estimated cost is around EUR 13,000 per person per year. Added to that are the costs of border security and the restriction of free movement within the Schengen Area. Another problem with the current system is that those refugees who make it to the EU may be more difficult to integrate than others. In their home countries, they are usually subject to family-based social control (in part due to the weakness of state institutions); away from home, these restrictions no longer apply. Also, the real work of integrating asylum seekers into society and the workforce usually only

begins after the costly and frustrating approval process, which can take several months to complete. If an application is refused, there is even greater expense for everyone as deportation proceedings begin. If a failed asylum seeker manages to evade deportation and remains in the country illegally, it becomes extremely difficult for them to integrate. On the other hand, those who are successfully deported often face stigma when they return home.

The refugee deal between Turkey and the EU leaves many of these problems unresolved. Even if both parties uphold the agreement, it will only force refugees to find alternative routes in the medium term. Even the registration “hotspots” on the EU’s external borders do little to help, since asylum seekers usually have to reach those centers through irregular channels and have already left their home countries when reaching them. In short, the problems with the current asylum process are simply shifted to the EU’s external borders.

What is required, therefore, is a fundamental reform of the asylum system, with asylum seekers able to submit an application while still in their home country or another non-EU state, e.g., through an embassy or field asylum office. If the application is successful, the applicant can then travel legally to the country of asylum. It is also important to have external safe havens, where vulnerable refugees can stay while their applications are being processed. These reforms would have to be backed by strict control of the EU’s external borders. All applications for asylum made inside the EU would be automatically rejected. Compared with the current system, these new arrangements would be more efficient, more humane, and more equitable. For refugees, the reformed asylum system would eliminate the considerable tangible and intangible costs as well as the risk to personal safety. If an application is refused, they would not have been removed from their social network and would not face stigmatization as a “failure” in the eyes of family members who, at present, are often heavily invested both financially and emotionally in the attempt to gain asylum. The opportunity of asylum would now be open to all, not just those who complete the hazardous journey to Europe. As a result, even the most vulnerable individuals would finally have access to the asylum process.

For the host countries in the EU, the new system would eliminate the cost of hosting applicants with no chance of being granted asylum. They would also avoid the expense of deportation or a temporary right to remain for failed asylum seekers. Funding would be reserved for recognized refugees, i.e., the most vulnerable asylum seekers. The cost of operating field asylum offices and caring for vulnerable refugees in their home countries should be lower than that of hosting all asylum seekers on European soil.

Since only recognized refugees would be permitted to enter the EU, the process of integrating them into society and the workforce could begin immediately, thereby increasing the chances of success and reducing the cost for host countries. It would also be possible to manage the social and demographic composition of the incoming refugees. For example, the authorities could give preference to families as functioning social units. In addition, all identity and security checks could be performed outside the EU. If unlawful entry and application for asylum within the EU were grounds for automatic exclusion and immediate deportation, this would reduce the flow of refugees across the Mediterranean and remove the demand for smugglers.

Clearly, the proposed system would also present some major challenges. It is our belief, however, that these could all be overcome. A cheaper and more accessible asylum process would in all probability lead to an enormous increase in the number of applications especially when the new system is first introduced. In order for the new system to work, it would therefore be necessary to limit the number of approvals. The current system already has an implicit cap, of course, given that poorer, less able, and more risk-averse people usually have no opportunity of applying.

In contrast to the present system, the proposed asylum cap would be open, transparent, and adaptable based on humanitarian criteria. Having greater control over the quantity and quality of refugees would also be likely to increase public acceptance. In addition, there would be greater transparency regarding the overall demand for asylum and the relevance of the cap on numbers. There would also be less likelihood of neglecting crisis-hit regions far removed from Europe’s borders. The nature of the asylum cap and the social and humanitarian responsibilities that go with it would therefore remain subjects of public debate. The cap itself would not have to be fixed; it could be varied according to the number of registered refugees worldwide.

The refugee deal with Turkey has provided the EU in general and the German government in particular with some welcome respite amid the ongoing crisis. We should use this time to consider fundamental reforms to the current asylum system. More control, more efficiency, more humanity, and more transparency need not be mutually exclusive.

Dr. Toman Barsbai Lecture in 32 ARABMED Annual Meeting 2016 17. September 2016, Vienna More information about the Meeting can be found in the congress program WWW.Arabmed.de